Tiru Raghavan (he/him, Athena’s Dad on Twitter) was born and raised in India. He came to the U.S. in 2010 for college and has been here ever since, now working as a Product Designer. As a colorblind gamer and photographer, Tiru brings an interesting perspective to the hobby.

When and how did you learn about your own color vision deficiency?

I was 26 years old. My glasses broke, and when I went in to get a new pair, I was told that my 4-year-old prescription needed to be updated with an eye exam. As a part of the test, the clinic (in Rochester, NY) also did the Ishihara Test where I was told to spot numbers. I couldn’t get past the fourth plate. I came to know later that color-blindness testing is not standard, and I am ever thankful to this eye clinic for diagnosing me.

What colors do you tend to confuse the most?

Purple and pink – oh my god – I cannot tell them apart for the life of me! Sometimes I cannot tell red and pink apart, and I also tend to mix dark red and shades of brown.

I can see red and green! When I tell people that I’m colorblind, this is the most common question that I get asked.

What’s the most difficult for you when playing games?

Cubes, especially brown and red. Sadly, almost all Euro games have at least one component with dark-red or brown cubes in them.

I also had a particularly hard time with a simple card game called Loot. The older version had four suits of cards – orange, green, dark blue, and purple. The blue cards were very similar to purple for me, and there was no other distinction on the cards to tell them apart. It was extremely painful for me to play.

What do you wish people would know about your vision deficiency?

I wish people didn’t challenge or ridicule me. Once on Board Game Geek, I spoke about my problem, but fans of the games were quite militant in defending their favorite game. I wish that people wouldn’t get defensive about their favorite games. I wish they would just acknowledge that some people like me might have difficulty playing it.

Are there any color-based games you assumed you could not play, but surprised you as colorblind-friendly?

Azul: Summer Pavilion. I have difficulty telling pink and red pieces apart, but since there’s no hidden information, I can just ask people at the table what color it is. It’s not great, but I can get by. Asking others doesn’t sour the experience for me.

What are your other favorite games? Who do you play with?

My wife is my primary board gaming buddy, and we have a baby girl!

I love Kingdomino, Santorini, Takenoko, The Grimm Forest, and King of Tokyo – all bright and colorful! I love bright, colorful games!

You can learn more about Tiru and see his work online via his Twitter feed, @dad_athena.

Over the past year, I’ve had the pleasure to learn how colorblind designers, developers, artists, and publishers have both overcome and leveraged their color vision deficiency to make great games. I was excited to connect with Eric Slauson — designer of Tattoo Stories, Nerd Words: Science, and the upcoming MonsDRAWsity — about his experience.
Eric was identified as colorblind by his kindergarten teacher, and his color vision deficiency continued to affect him in elementary school and in college.

In one class, none of the markers had the names written on them. I have a very clear memory of being laughed at because I colored the trunk of a tree red instead of brown and the leaves brown instead of green,.
In college, I took a geology course and almost failed it because no one told me that using color was a massive part of identifying rocks. I complained to the professor, and she was like, “Wow, I never thought of that before. I should put that in the syllabus.”

In is own classroom, Eric avoids making color a big part of his lessons.

A lot of the decisions I make as a teacher are influenced by the positive and negative memories I have from being a student. I don’t want to put a kid through the experiences I had, so when I DO use coloring as part of a lesson, I make sure all of my supplies have color names on them or give students an alternative way to do the assignment that doesn’t involve coloring.

I asked Eric about his experience as a game player and designer with color vision limitations.
What do you wish people knew about color vision deficiency?

I want people to know that I CAN see color. People who have normal color vision have a really hard time understanding when I can correctly identify the color of everything they are pointing to in a room (what colorblind person hasn’t been subjected to this?), but then I cannot tell the color of their shirt that’s some weird color like taupe or burnt sienna or sand. I can see your shirt has a color, I just can’t name it.
The analogy I use most often is reading. Someone who is illiterate can SEE the letters and words on a page, they just can’t make sense of them. To use another example, you know how some fonts make it hard for you to tell the difference between a lowercase l (el) and a capital I (eye)? That’s me with blue and purple.

What do you find the most difficult when playing games?

Having to ask other players what colors pieces are. At best, it slows the game down while I double-check that I’m going to draft a blue card and not a purple card; at worst, if I must ask it lets everyone know the cards in my hand.
In games where you have to think several moves ahead, it’s sometimes hard for me to have long term strategies based on board state because I could be basing my plan on an incorrect color reading of the pieces.

Do you have any standard workarounds at the table?

I always pick the white meeple to play with so I can easily identify it on the board. Also, a lot of color identification has to do with the lighting in the room. Anything but bright lighting makes telling the difference between colors much harder for me.

Have you run across issues related to color vision in your own designs?

The games I design don’t typically involve a ton of pieces or icons that you need to keep straight. I did design a trick taker once and had to give the suits different colors. I chose red, blue, and yellow for three of the suits because those are really easy for me to tell apart. I chose a green for the fourth suit that looked clearly different from yellow and red on my computer screen, but when I printed the prototype, I discovered that unless I had ideal lighting, I was getting ALL of the colors mixed up. I went back to the drawing board and added icons around the colors to help me differentiate.

Eric’s current and upcoming games are focused on approachable play in community, and each is 100% colorblind-friendly.
Keep up with Eric via Twitter at @slausondesigns and on Board Game Geek.

As I discovered while reviewing Tiny Towns and reaching out to Peter McPherson, players are not the only colorblind members of the board game community. Designers, developers, graphic artists, illustrators, and publishers can have vision deficiencies, too.

Sarah Reed recently guest-posted about her experience modifying games for use by her colorblind friends and family. She also shared that her husband, Will Reed, is both colorblind and legally blind. As a follow up to Sarah’s article, I asked Will a few questions about his experience playing, testing, and designing tabletop games. 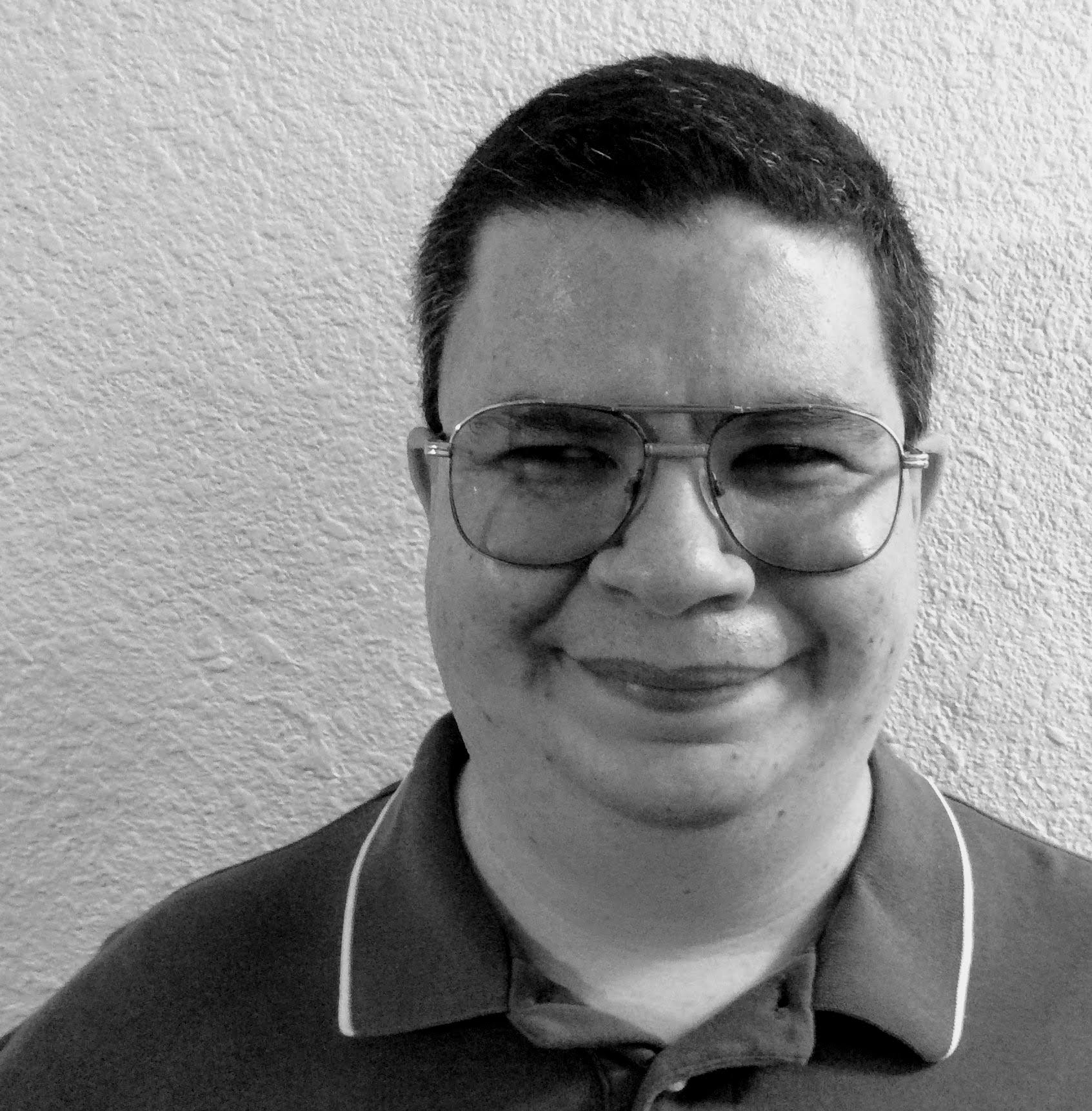 What’s the most difficult for you when playing games?

Probably my toughest challenge with games are when art is used. Many times a mechanic is buried within something that is supposed to look nice and help the theme of the game. The thing is, this only offers a barrier to play, which prevents me from enjoying any part of the game, regardless of theme.

One of the most common examples is an art piece used as an icon. From my perspective, an icon is meant to be a quick reference so you understand what something is supposed to be or how it’s supposed to be used. Every time art gets layered on, this slows down the comprehension and thus prevents it from being a good icon.

What do you wish people would know about your vision deficiency?

For the most part, I just want people to remember I have one. I tend to operate very successfully in games, so people take for granted just how much I don’t see. This makes games with public information tricky for me, at times, since it’s readily available to most players while not to me.

Do you experience any advantages as a game designer because of your vision impairments?

Actually, I do. Having vision impairments mean I tend to retain a lot more mentally than most people when interacting with games. As such, when I design, I can often mentally playtest game concepts and iterate on designs quite rapidly. This results in many of the prototypes we create being much more stable than other designs I’ve played from sighted designers’ initial prototypes.

I appreciate Will taking the time to share his experience, and I encourage you to check out Will and Sarah’s most recent release, Oaxaca: Crafts of a Culture, and their upcoming roll-and-write game, Scrapyard Rollbot, in Dice & Ink Volume 1.